A growing population of nearly half a million older adults (age 55 and older) live in Central Indiana. This section of the report emphasizes population trends and household characteristics, including socioeconomic indicators.
Download PDF
Download Data

A growing population of nearly half a million adults age 55 and older live in Central Indiana. This older adult population is not a monolithic group, but rather varies by age group, race, ethnicity, household composition, socioeonomic status and other characteristics. This section of the report presents key population trends and demographics highlighting the diverse nature of older adults in Central Indiana. Key findings include: 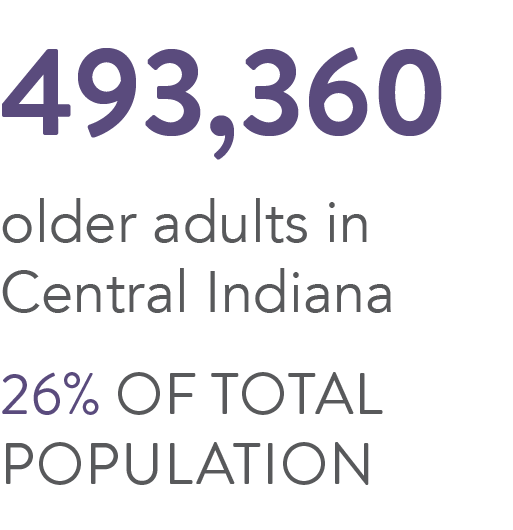 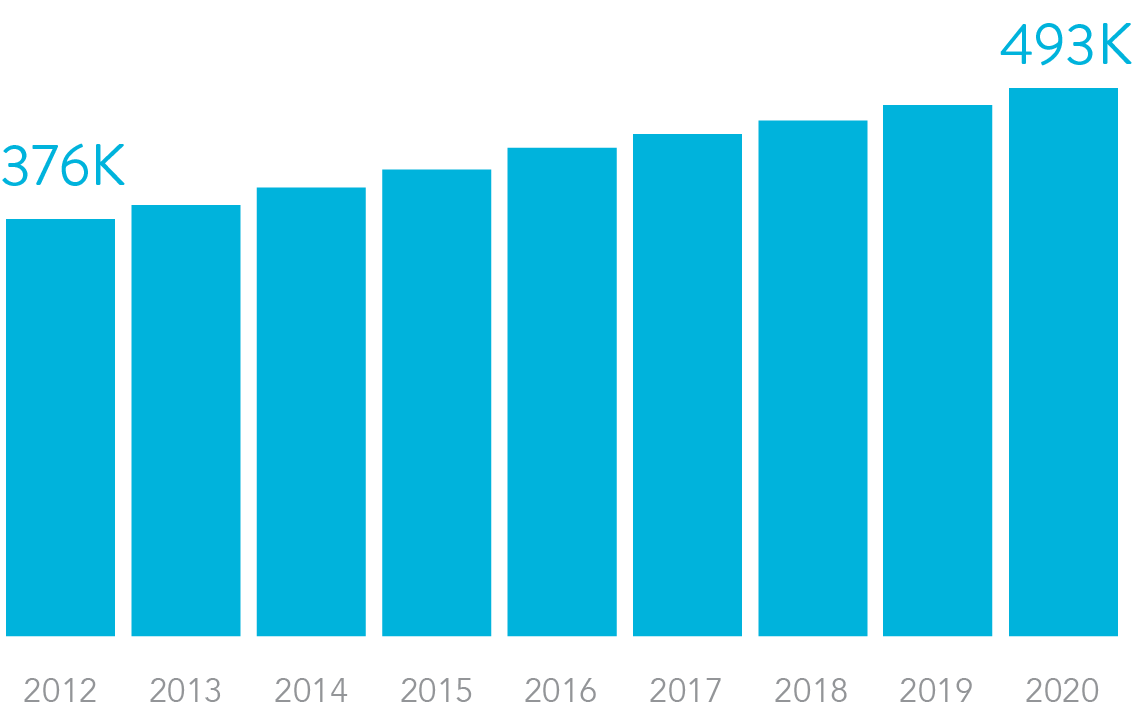 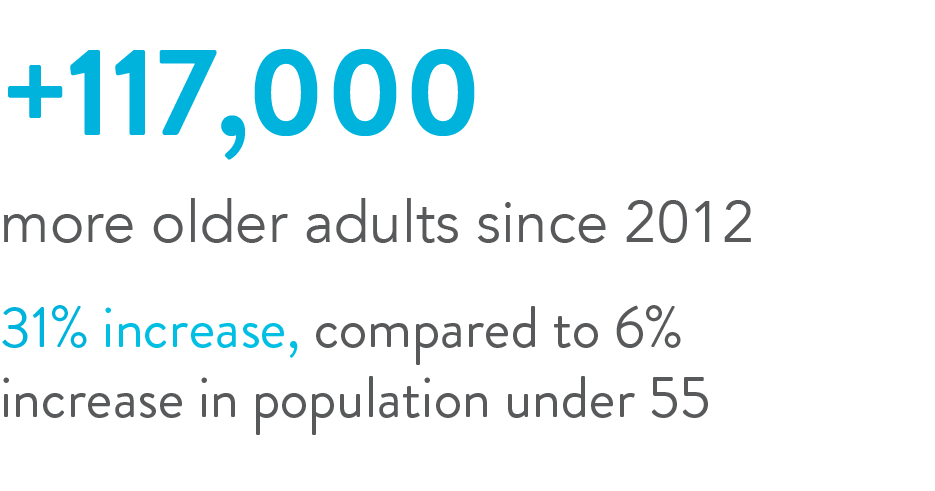 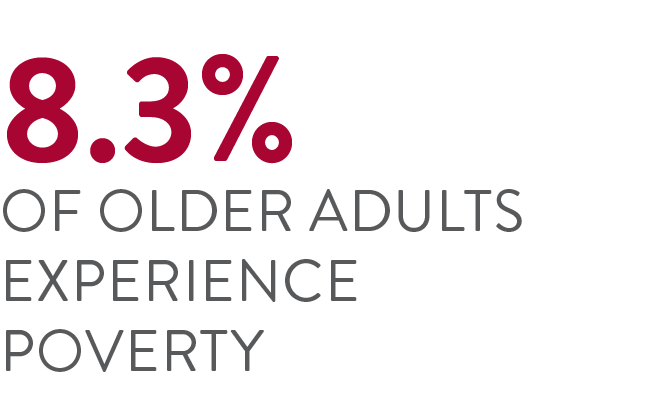 This map is interactive. Hover over an area to learn more about the older adult population in each census tract. 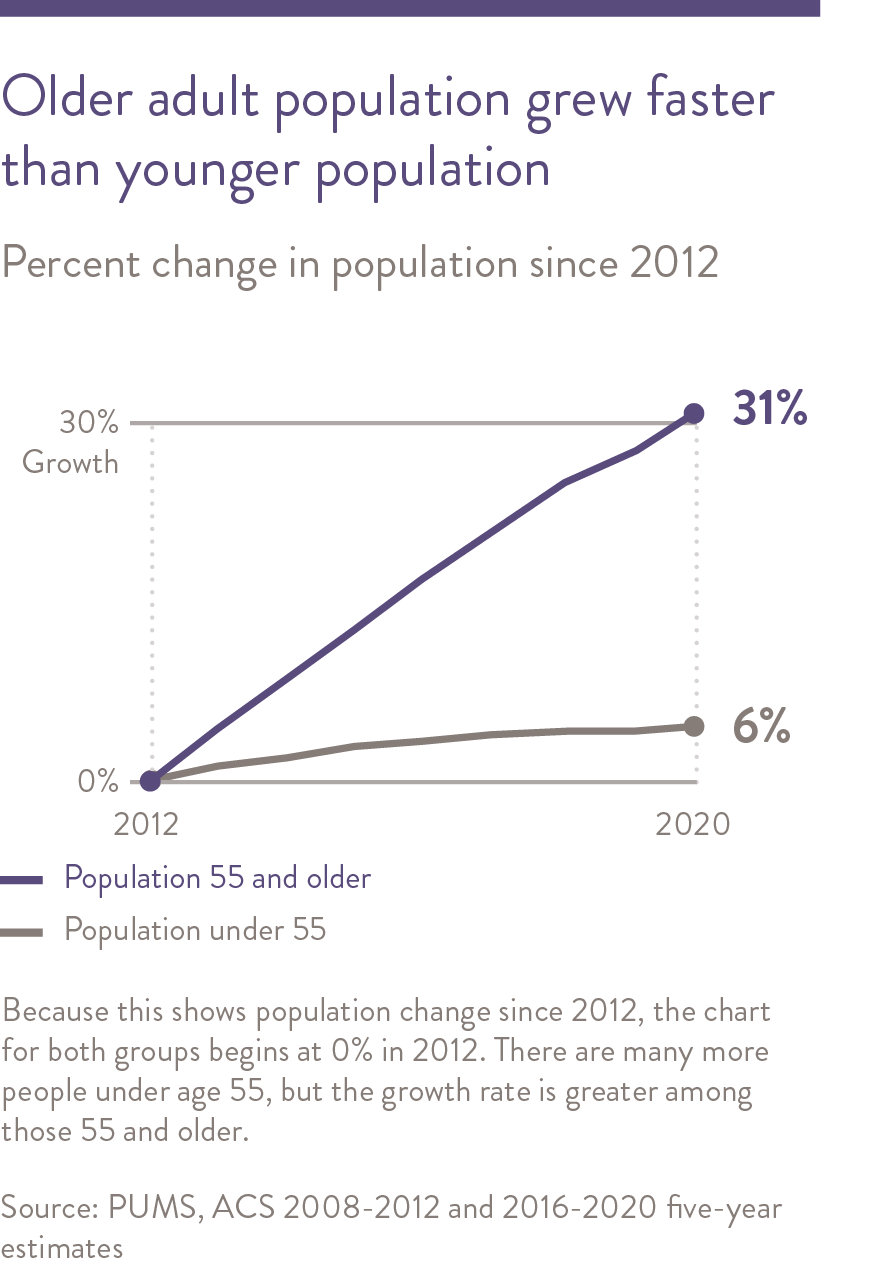 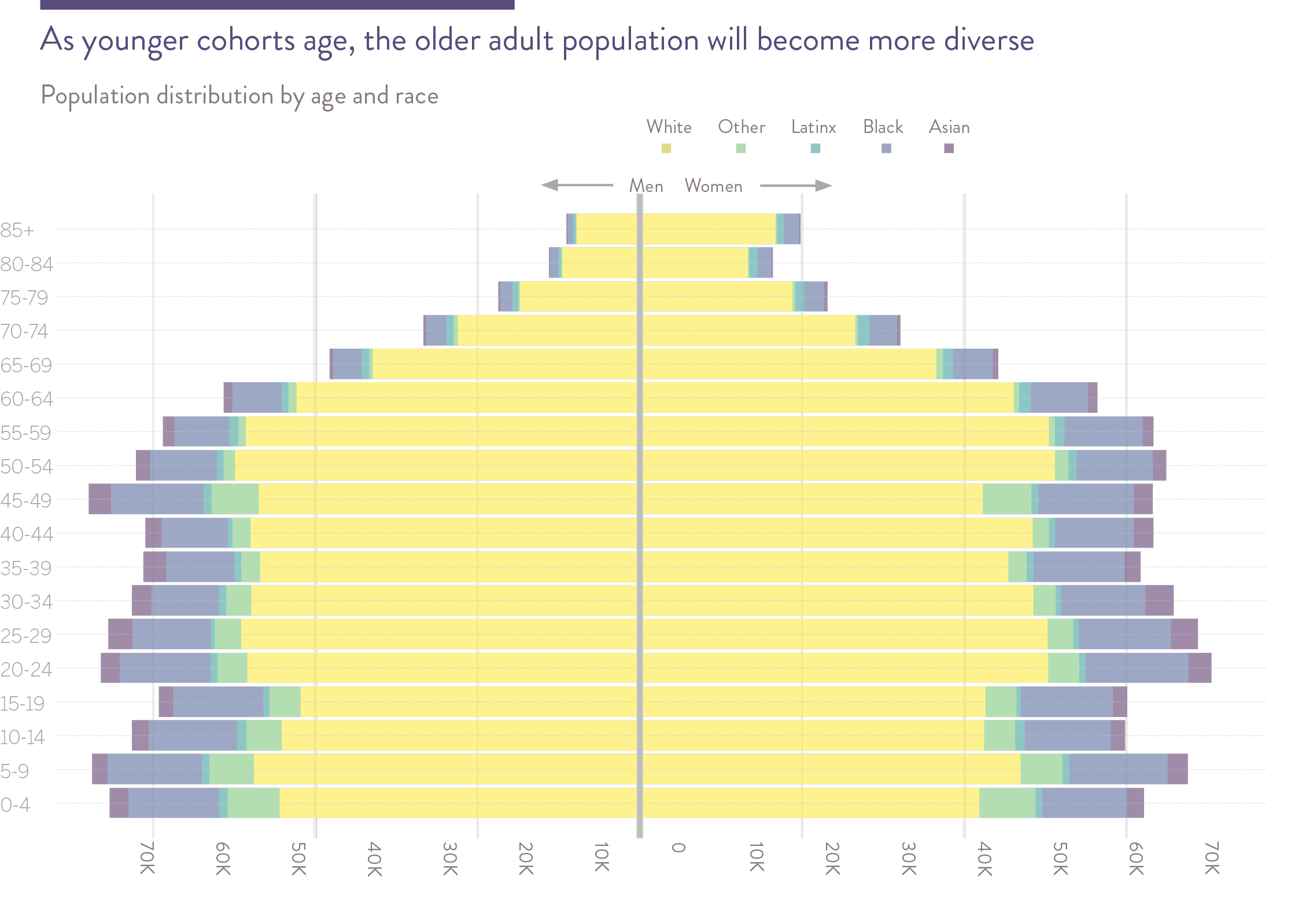 This map is interactive. Hover over dots to learn more about older adults experiencing poverty in each census tract.

Differences between these rates and the 2021 State of Aging Report are attributable to methodology changes. The 2021 and 2022 reports are not comparable for statistics about marriage rates, living alone, or living with grandchildren. 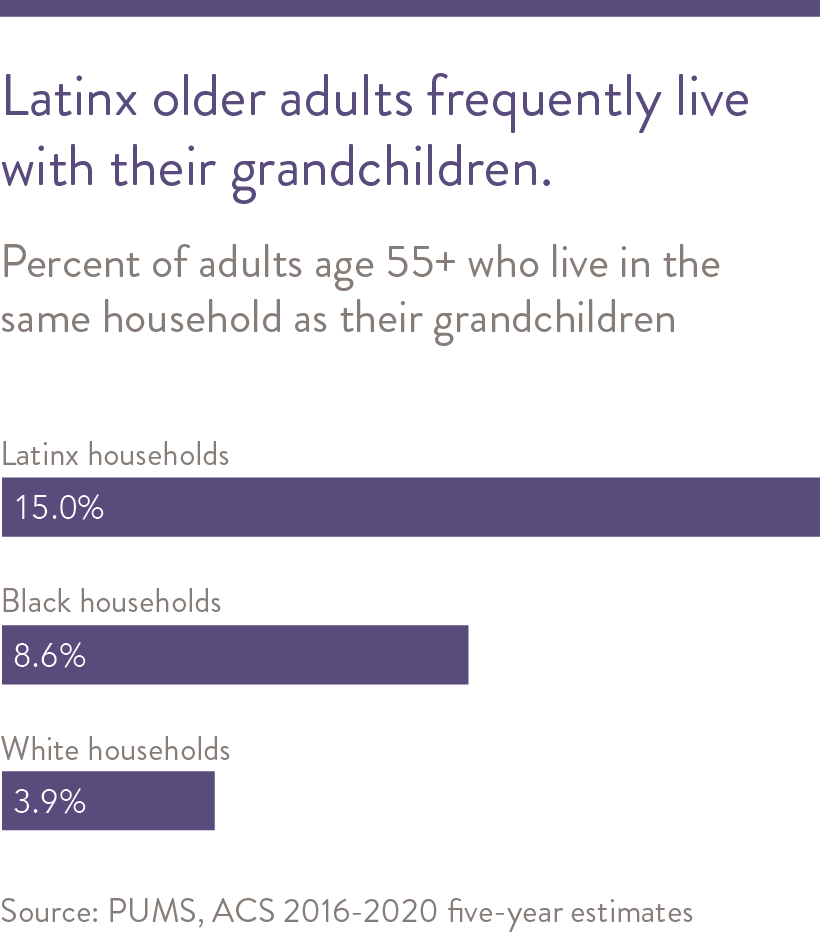 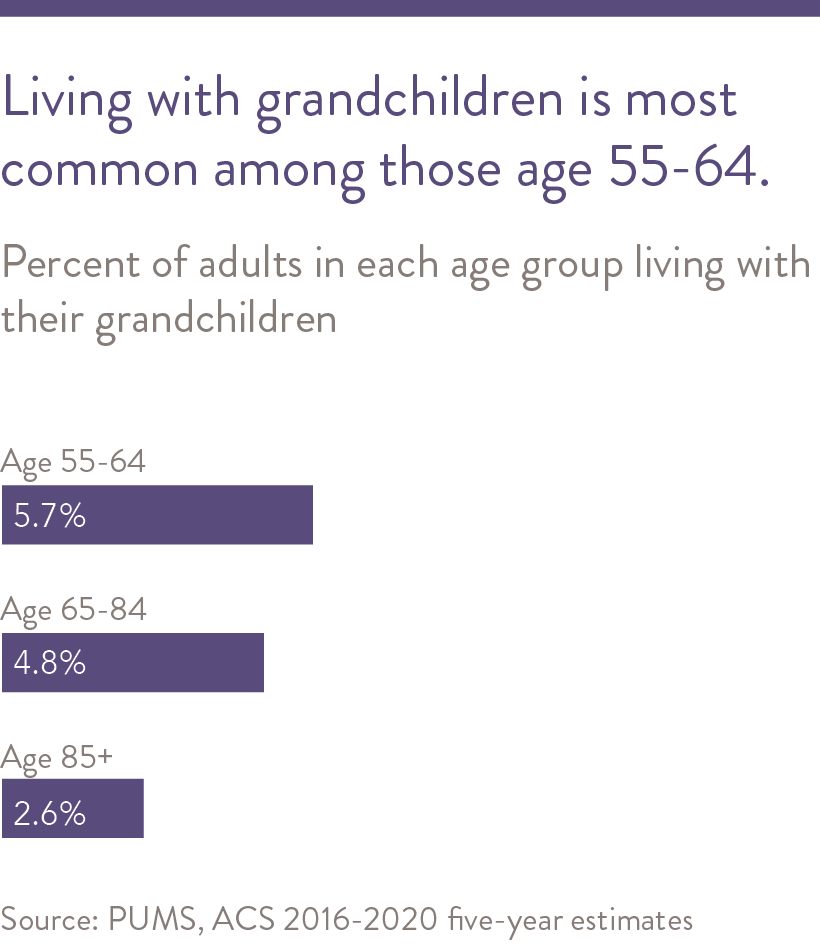